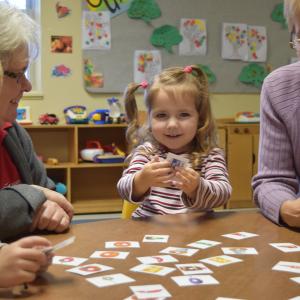 CORNING -- United Way of the Southern Tier has been awarded a $1.5 million grant by the New York State Office of Children and Family Services for a project to serve at-risk children and families in Chemung, Steuben and Schuyler counties.

With this funding, these services will be extended to older children to address behavioral, social, emotional, and academic problems that, if left unattended, could lead to their involvement in the juvenile justice system.

“Never before has there been a project through United Way that knits together partner programming, child welfare, juvenile justice and private funding to serve our three counties,” stated Stephen M. Hughes, CEO and president of United Way of the Southern Tier.  “The return on this investment will ultimately be greater stability in family homes, healthy relationships, enhanced capacity to meet the health, education, and developmental needs of children, and better educational, social and behavioral outcomes for children and youth.”

Services will be provided to an estimated 200 families annually across the region through the coordinated efforts of United Way of the Southern Tier’s program partners: Pro Action of Steuben and Yates Inc.; Comprehensive Interdisciplinary Developmental Services (CIDS); Children’s Integrated Services, and multi-county Probation and Social Services Departments.

With referral and program enrollment, families will receive home-based developmental screening, supports that are responsive to their individual needs, and evidence-based education and training to improve parenting skills and family relationships.

“Recent shifts in strategic priorities through increased local investments supporting children and families by the United Way of the Southern Tier board of directors positioned the agency to compete and win this award,” officials said. Currently, United Way allocates over $1 million annually to support its Southern Tier Kids on Track initiative.

“This announcement is a real boost to on-going efforts to expand early intervention and school readiness efforts in the region, as well as strengthen the Kids on Track partnership and extend services to families with older children who need these additional supports,” Hubbell stated.

Since United Way of the Southern Tier identified Southern Tier Kids on Track as its primary focus in 2014, it has allocated $3.5 million to the initiative that focuses on: improving school readiness, increasing third-grade proficiency levels, and growing high school completion rates.