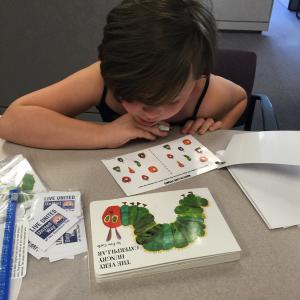 Since United Way of the Southern Tier identified Southern Tier Kids on Track as its primary focus in 2014, it has allocated $3.5 million to the initiative that focuses on: improving school readiness; increasing the number of children who are proficient students by third grade, and deepening partnerships with area school districts to support greater improvement in high school completion rates.

“Cornell Capital’s gift will allow this critical work to continue and grow, with the ultimate outcome being the success of our children and our community,” said Stephen M. Hughes, president and CEO of United Way of the Southern Tier.

Southern Tier Kids on Track prioritizes investments in programs and partnerships that lead to safe, nurturing environments where children spend time, and ensuring children are developmentally and academically on track.

“It’s an amazing thing to see how children of a young age can feel so empowered when they learn how to read,” Cheng said.